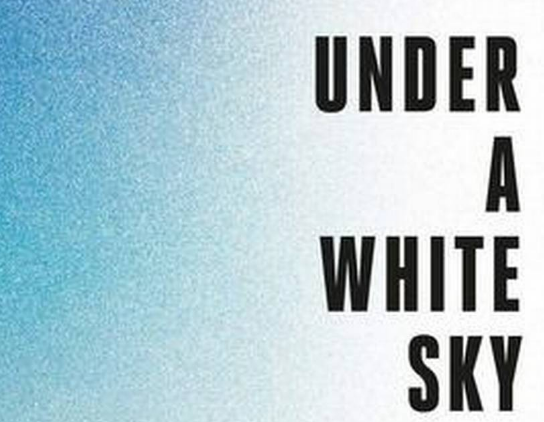 Critical of technological interventions to bring nature back, an environment writer says human actions have brought ecosystems to the brink of an apocalypse

In this collection of disquieting and thought-provoking essays, Elizabeth Kolbert persuades us that the world is in entirely uncharted territory. She picks up the thread from her previous award-winning books, Field Notes from a Catastrophe, on climate change, and The Sixth Extinction, on the mass extinction of species wrought by humans on the planet.

Kolbert’s writing, in brief, is about the Anthropocene, the geological epoch during which humans have had an unprecedented influence on the planet, its climate, and its denizens. This book comes out at a time when the average global temperature is over a degree Celsius above pre-industrial temperature, and carbon dioxide levels in the atmosphere have crossed 414 ppm. Global greenhouse gas emissions should be near zero in the next few decades to stay below 2oC.

Kolbert, a staff reporter for The New Yorker, takes us with her on field trips to places where human actions have brought species or ecosystems to the brink of extinction or calamitous ruin. Her writing is part travelogue and part science reporting. In each case, the situation is so dire that the only option available appears to be engineering interventions. But, she laments, will these apparently absurd solutions solve the problems? While the answer to this question is unclear, and her disbelief suggests the answer is “no,” what runs through the subtext of her narrative is overflowing human hubris. Have a problem? Here’s a technological fix!

She travels first to Chicago, where an artificial drainage canal built at the turn of the 20th century reversed the flow of polluted water but ended up connecting the Great Lakes with the vast Mississippi drainage basin. Invasive species, previously separated, were now able to cross from one system to another. Escaped Asian Carp species have become a pest wiping out local fish stock and now threaten to enter the Great Lakes. Alarmingly, electrifying portions of the water is the only solution the engineers seem to have. Will it work?

The next human-made disaster she tracks is in Louisiana. The Army Corps of Engineers once boasted, “We harnessed it, straightened it, regularized it, shackled it.” They were talking about the mighty Mississippi, which carries about 550 million metric tonnes of sediment into the Gulf of Mexico each year. The French founded New Orleans in 1718 through the backbreaking work of slaves who built levees and cut channels. Of course, the river was not shackled and the land has since been sinking while the region is coming apart. The dams, drainage canals and surge barriers can only go so far. Add to these the challenges posed by intense hurricanes in the region from climate change and you have a place perfectly designed for disasters.

In the second section, Kolbert writes, “the Devils Hole pupfish may well be the rarest fish in the world. In an effort to preserve it, a kind of fishy Westworld has been constructed.” Nevada’s pupfish is a “Stockholm species,” one that has been pushed to the brink and is now reliant on conservation. The story of the fake Devil’s hole refugia is bizarre. She then describes attempts to save coral that are dying due to acidification of the oceans from climate change and genetic engineering methods to reduce toxins and modify the giant cane toad, a prolific breeder in Australia. Various species in Australia have crashed from eating the poisonous toad. So, in a strange turn of nature and human interventions, the carp is a problem in the U.S. because nothing eats them, but cane toads are a menace in another part of the world because almost everything eats them.

The book’s final section is on geo-engineering, which aims to deflect the sun’s energy from the earth or remove greenhouse gases from the atmosphere. Kolbert first travels to Reykjavík to visit a geothermal company where they suck carbon dioxide from the air and store it in rock as chalky white calcium carbonate. She meets innovators and scientists to discuss their geo-engineering ideas, their feasibility, and the possibility of success.

“The result would not be a return to the climate of pre-industrial days or to that of the Pliocene or even that of the Eocene when crocodiles basked on Arctic shores. It would be an unprecedented climate for an unprecedented world, where silver carp glisten under a white sky.”