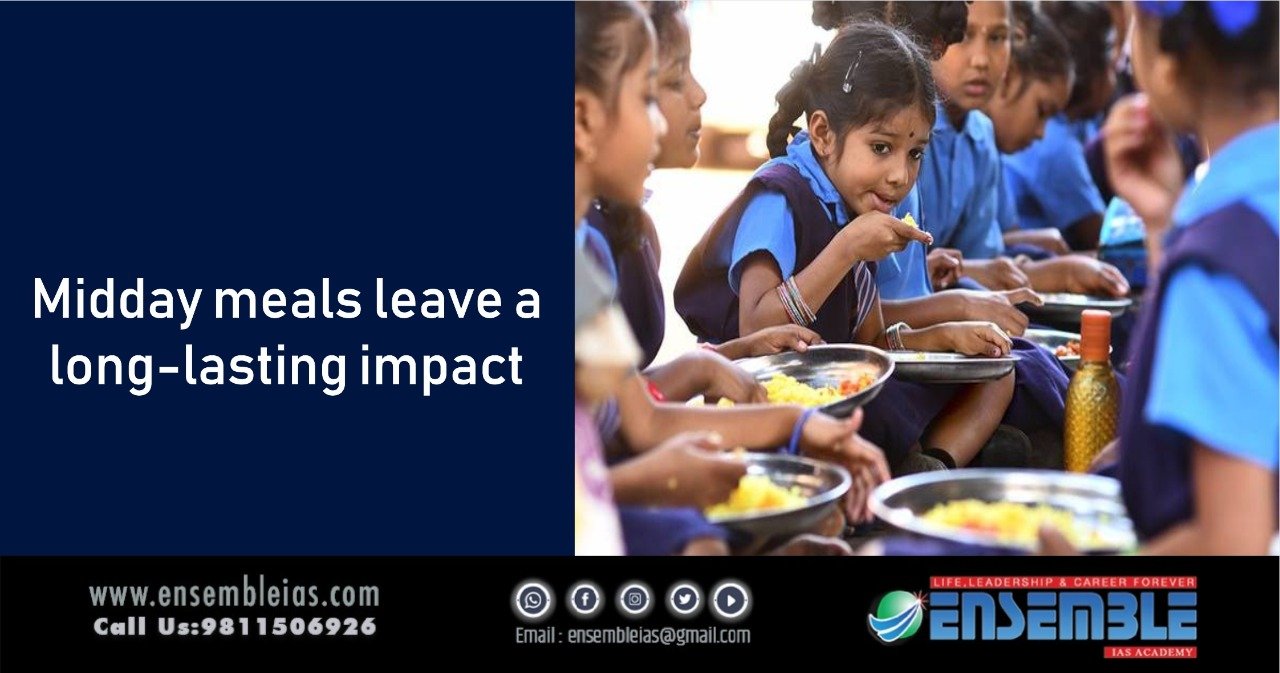 Girls who had access to the free lunches provided at government schools, had children with a higher height-to-age ratio than those who did not, says a new study on the inter-generational benefits of India’s midday meal scheme published in Nature Communications this week.

Pioneering study
More than one in three Indian children are stunted, or too short for their age, which reflects chronic undernutrition. The fight against stunting has often focussed on boosting nutrition for young children, but nutritionists have long argued that maternal health and well-being is the key to reduce stunting in their offspring. Noting that “interventions to improve maternal height and education must be implemented years before those girls and young women become mothers”, the study has attempted a first-of-its-kind inter-generational analysis of the impacts of a mass feeding programme.

The paper was authored by a researcher from the University of Washington and economists and nutrition experts at the International Food Policy Research Institute. It found that the midday meal scheme was associated with 13-32% of India’s improvement in height-for-age z-scores (HAZ) between 2006 and 2016.

The linkages between midday meals and lower stunting in the next generation were stronger in lower socio-economic strata and likely work through women’s education, fertility, and use of health services, said the paper.

Court mandate
The midday meal scheme was launched in 1995 to provide children in government schools with a free cooked meal with a minimum energy content of 450 kcal, but only 6% of girls aged 6-10 years had benefited from the scheme in 1999. By 2011, with an expansion in budget, and state implementation following a Supreme Court order, coverage had grown to 46%.

The study tracked nationally representative cohorts of mothers by birth year and socio-economic status to show how exposure to the scheme reduced stunting in their children.

IFPRI researcher Purnima Menon, one of the authors of the study, said the key takeaway is to “expand and improve school meals now for inter-generational pay-offs not too far down in time.” Tweeting about the study, she said, “Girls in India finish school, get married and have children all in just a few years — so school-based interventions can really help.”

Pandemic setback
These findings come at a time when the midday meal scheme has effectively been put on hold for the last one and a half years, as schools have been closed since March 2020. Although dry foodgrains or cash transfers have been provided to families instead, food and education advocates have warned that this would not have the same impact as hot cooked meals on the school premises, especially for girl children who face more discrimination at home and are more likely to drop out of school due to the closures.

The findings of the study exacerbate concerns that the interruptions to schooling and to the midday meal scheme could have even longer term impacts, hurting the nutritional health of the next generation as well.