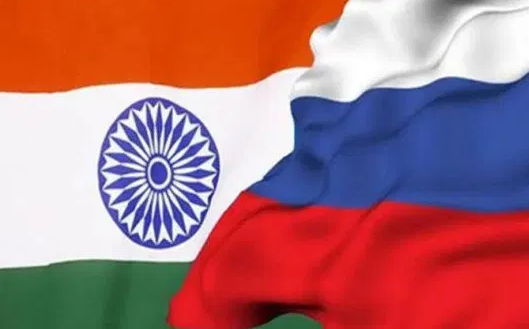 Russian Foreign Minister Sergei Lavrov’s visit to Delhi this week, saw both he and External Affairs Minister S. Jaishankar reaffirming traditional India-Russia ties, but there were signs that those ties are being tested. Mr. Lavrov’s trip was to make preparations for the upcoming visit of Russian President Vladimir Putin for the annual summit — it was postponed last year due to the coronavirus pandemic.

On the bilateral front, both sides appeared to make progress on strategic cooperation, cooperation in energy, nuclear and space sectors, and on talks on a free trade agreement with the Eurasian Economic Union (EAEU). Also discussed were more agreements on military-technical cooperation for the joint production of India-made Russian weapons, with Mr. Lavrov highlighting Russia being the only partner supplying India “cutting-edge military technology”. While neither side referred to the upcoming delivery of the $5 billion S-400 missile defence system directly, they reaffirmed their commitment to their defence partnership, as well as avenues for more investment in connectivity including the International North-South Transport Corridor and the Chennai-Vladivostok Eastern Maritime Corridor.

The areas of divergence over their worldview seemed to emerge during their public remarks, which were prefaced by Mr. Jaishankar reference to the “rebalanced nature” of international relations. Mr. Lavrov’s praise of Russia-China ties was clearly not shared by Mr. Jaishankar. While he referred repeatedly to India’s “Indo-Pacific” strategy, Mr. Lavrov preferred the more continental reference to the “Asia-Pacific” region. Mr. Lavrov’s derisive indirect reference to the Quad as an “Asian NATO” was significant, although he said both sides agreed that military alliances in Asia were inadvisable and counterproductive. On Afghanistan as well, the Russian push for bringing the Taliban into a power-sharing arrangement in Kabul seemed to come up against India’s consistent push for a “democratic Afghanistan”.

Beyond those divergences, it was the optics of Mr. Lavrov’s brief visit that fueled the impression that New Delhi and Moscow are not as much on the same page as they have traditionally been; it did not include a meeting with Prime Minister Narendra Modi, unlike earlier. The absence of a meeting at the highest level seemed more in focus, as Mr. Modi met with U.S. Special Envoy John Kerry just a day later, and at his next stop, in Islamabad, Mr. Lavrov was received by Prime Minister Imran Khan and Pakistan Army Chief General Bajwa. This was Mr. Lavrov’s first visit to Pakistan in nine years, and was a clear message of deepening ties. Unlike in 2012, Mr. Lavrov this time said that Russia was ready to strengthen Pakistan’s counterterrorism efforts with the supply of “relevant equipment”, which will raise eyebrows in Delhi. While India and Russia have successfully addressed divergences between them, even deep, traditional and “time-tested relations” of the kind they have shared for decades cannot be taken for granted, and the two sides should move quickly, if they desire to dispel the notion that those ties are under any strain.