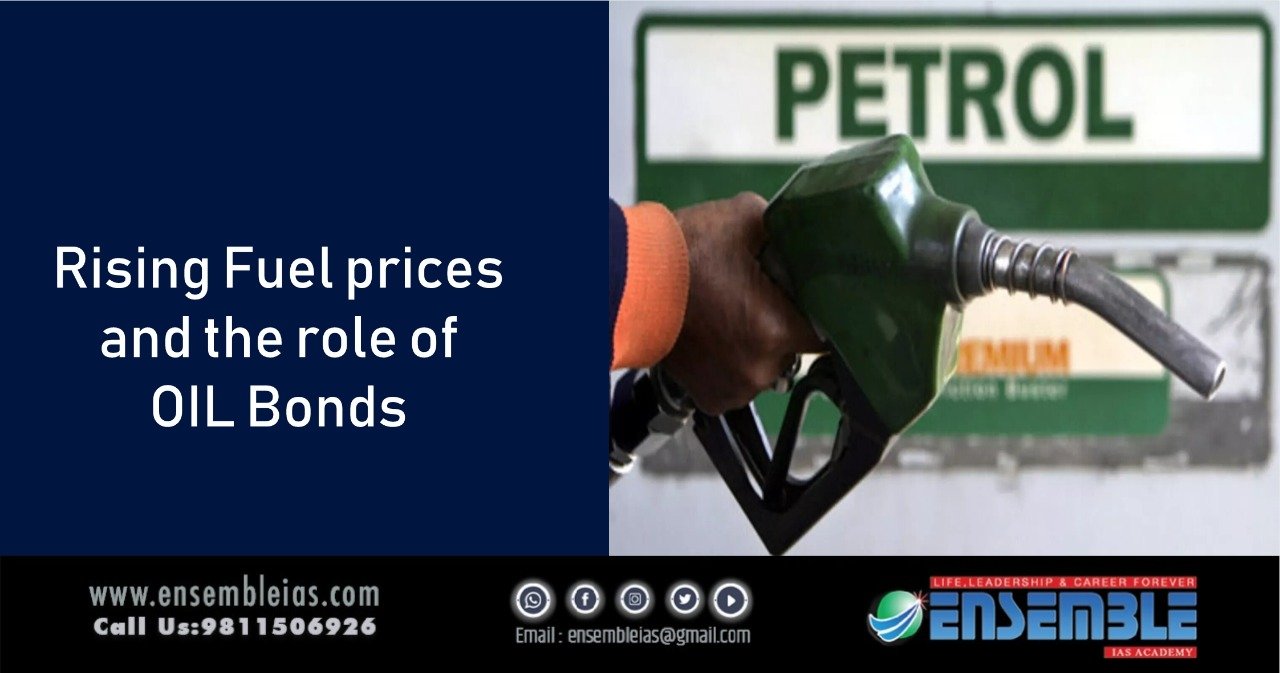 What are oil Bonds:

Why the fuel prices have been increasing consistently:
There has been a rise in the prices of crude oil in the international market. To fulfill the domestic needs, India has to import 80 per cent oil, which is the main reason for the rise in petrol, diesel prices.
Also Read:Politics of Death