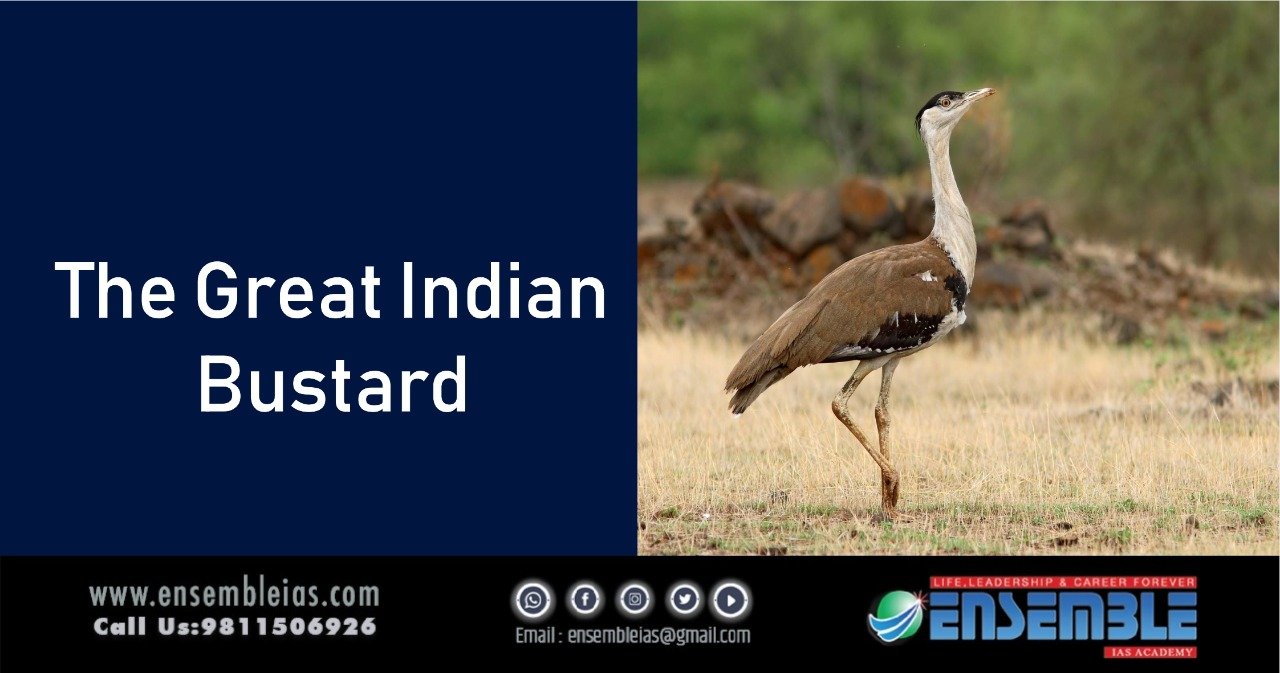 The Great Indian Bustard: Why is it critically endangered and what is the government doing about it

Supreme Court had released the order to power companies to shift their overhead power lines underground in Great Indian Bustard (GIB) habitat in Rajasthan and Kutch to save the species from going extinct.

The Central government had told the 13th Conference of Parties to the United Nations Convention on Migratory Species of Wild Animals (CMS) held in Gandhinagar, that the GIB population in India had fallen to just 150. Of them 128 birds were in Rajasthan, 10 in Kutch district of Gujarat and a few in Maharashtra, Karnataka and Andhra Pradesh

What is the issue with Power Transmission Lines:

Also Read:Rising Fuel Prices and the Role of OIL Bonds