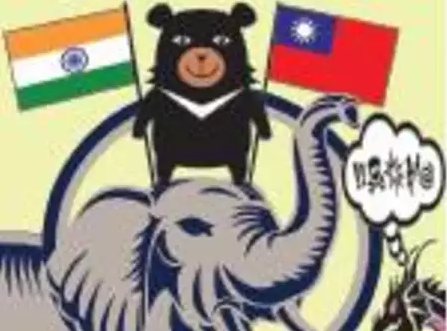 Taiwan recently saw its worst rail accident in 40 years that killed at least 51 people and left 188 injured on Friday, and reaching out in this situation is in one sense natural. Nevertheless, when foreign affairs spokesperson Arindam Bagchi put out a condolence message on social media and Taiwan’s foreign minister Joseph Wu responded, it was seen to be laden with geopolitical significance as China sees Taiwan as a renegade province and is extremely sensitive about countries making official contact with the island.

However, India shouldn’t be overly concerned about China’s political claims on Taiwan. After all, Taiwan is a vibrant nation of 23 million people that cherishes its multi-party democracy. It’s also an Asian economic dynamo and a world leader in semiconductors. And under current President Tsai In-wen’s New Southbound Policy, Taiwan is looking to actively engage Southeast and South Asian nations like India. In fact, there are multiple areas where India and Taiwan can collaborate from smart cities and farm tech to semiconductors, renewable energy and even Mandarin learning – Taiwan Education Centers can easily substitute for China’s problematic Confucius Institutes.

Read More: Tracing the roots of the US-China discord

With China becoming a country of global consequence, we need to understand the Sinic world better. And Taiwan knows China best, which is why cooperation with Taipei makes strategic sense for New Delhi. Plus, with the troop disengagement process in eastern Ladakh stalled, Beijing clearly doesn’t respect ‘One India’. There is no reason then for India to be overly sensitive about China’s territorial claims. Add to this the China-Pakistan axis that aims to strategically hem in India. If Beijing insists on treating Islamabad as its ‘iron brother’, it may be time for New Delhi and Taipei to elevate their relationship and forge their own fraternity as well.