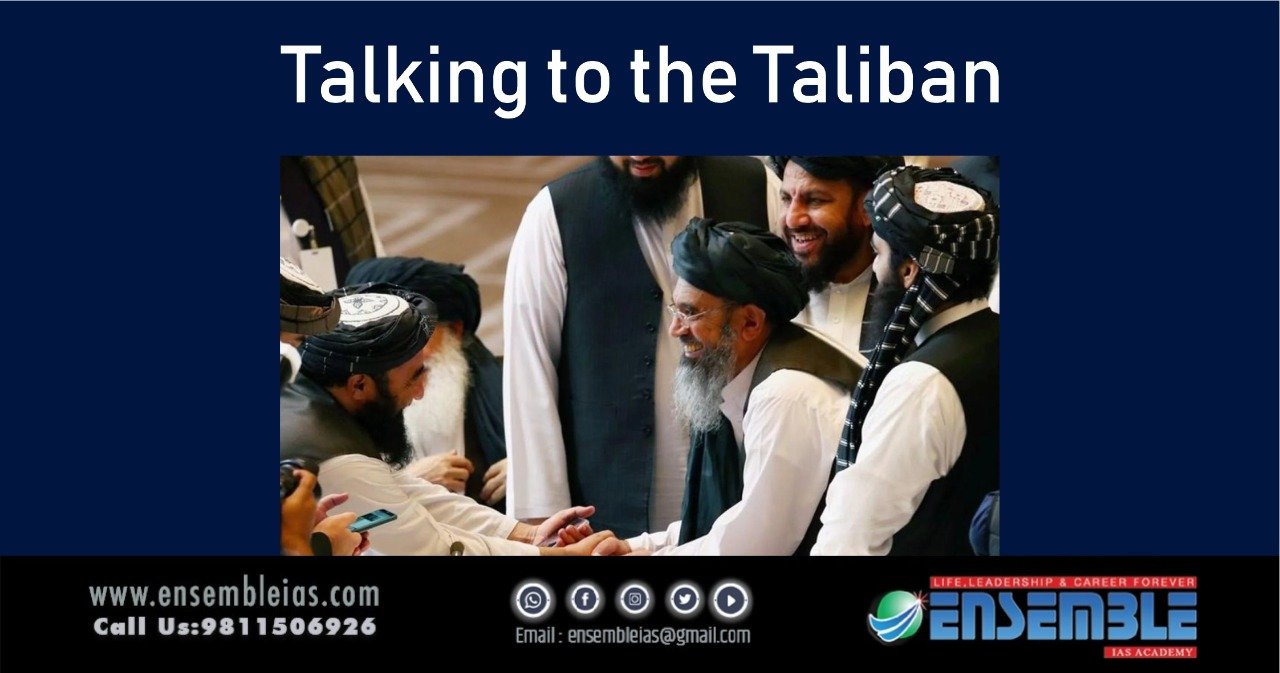 Talking to the Taliban: The move is a reflection of the growing realisation in capitals around the world that Taliban will be part of the next ruling dispensation in Kabul

For more than two years, in the backdrop of America’s plans to draw down its military presence in Afghanistan, there has been an intense debate in India’s strategic community about the utility of engaging some elements of the Afghan Taliban. When the debate gained currency in early 2019, there was hesitation about engaging with a force which had been so hostile to Indian interests. But the reluctance was also linked to domestic political constraints. Engagement could well have triggered questions about the government’s anti-Pakistan, anti-terror hardline security stance and its unwillingness to engage with Kashmir’s local formations when it was willing to talk to Taliban. In fact, the Kabul-Kashmir link played out in a different way. One of the reasons the government pushed ahead with constitutional changes in Jammu and Kashmir was to preempt the possible impact of radicalised militants shifting focus to the valley. India also wanted to see how far the US would go with its plans.

As it became clear that the Joe Biden administration intended to push ahead with the withdrawal plans, the debate got renewed. As this newspaper reported, New Delhi has begun reaching out to Afghan Taliban factions and leaders, especially those who are outside Pakistan’s sphere of influence. There have also been positive feelers seeking engagement from within the Afghan Taliban leadership. The move is a reflection of the growing realisation in capitals around the world that Taliban will be part of the next ruling dispensation in Kabul. Retired diplomats and experts also pointed to the heterogeneity within Taliban, and that the Afghanistan of today was not the same country of the mid-1990s. Despite the precarious position of the elected government, there are elements in Kabul that strongly believe the post-2001 generation which won’t be willing to accept an authoritarian regime and that even the Taliban apparently realise this.

Also Read: The promise and perils of digital justice delivery

For India, an outreach to the Taliban will be an intense game of playing catch-up as other players such as China, Russia and Iran have already started formal dialogue with the group. But despite the delay, the move is well-considered. It represents an opportunity for India to make it clear, directly to Taliban, that the gains of the past two decades cannot be squandered away, and convey its core security redlines. It is also a signal that Pakistan cannot be sole arbiter of Afghanistan’s future. India must continue to engage, cautiously, while the onus rests on Taliban to prove it is not the same inimical force of the past, beholden to Rawalpindi.