Rajasthan is facing its worst locust attack in six decades with the insects attacking crops spread over an area of around 3.60 lakh hectares. Sriganganagar is the hardest hit district with parts of Jaisalmer, Bikaner, Jalore, Jodhpur, Barmer, Sirohi, Churu, Nagaur and Hanumangarh also affected. The first attacks were reported in May last year, when lakhs of locusts flying in from southern Pakistan damaged the kharif crop (July-Sept). Now, a major wave has hit the rabi crop. A look.

Flying in all the way from Africa… 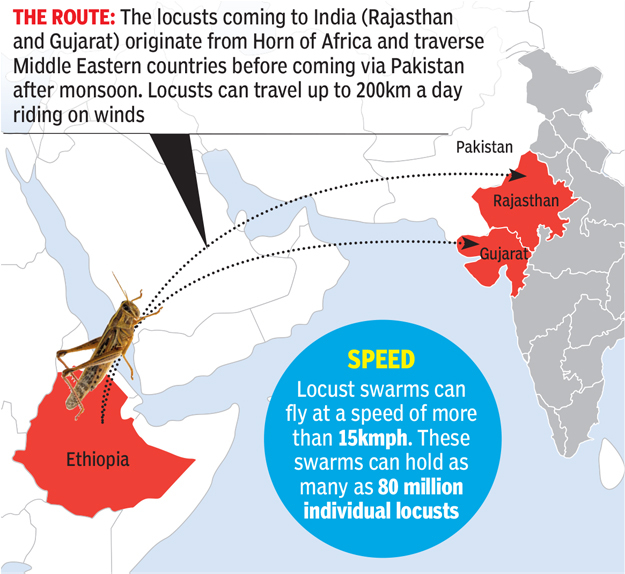 …They’re dangerous when form a swarm

Migratory locusts have the largest distribution area among all locusts and grasshoppers worldwide, virtually covering all temperate, tropical regions.

When do they turn dangerous?

It’s in the gregarious phase that locusts form swarms that can be devastating to crops and pasture. They enter this phase if there is sufficient rainfall that ensure enough vegetation for the young ones, and the ground is moist for egg development.

How much do they eat?
A locust adult can consume roughly its own weight in fresh food per day, that is about 2 gm daily. A 1 sqkm sized swarm has 40 million locusts, which eat the same amount of food in one day as about 35,000 people.What do they eat?
Locusts devour leaves, flowers, fruits, seeds, tree bark and shoots. Their swarms can also destroy plants due to their sheer weight as they descend on them in massive numbers.

How long do they live?
The life cycle of a locust consists of the egg, nymph and adult stage. The eggs take about two weeks during favourable conditions to hatch into nymphs. Both nymphs and adults are feeders. However, the nymphs (also known as hoppers) do not have wings and become adults 30-40 days after hatching. The young adults take about three weeks before they are ready to mate and lay eggs. Adult locusts live for between three to five months.

Why desert locusts are difficult to contain 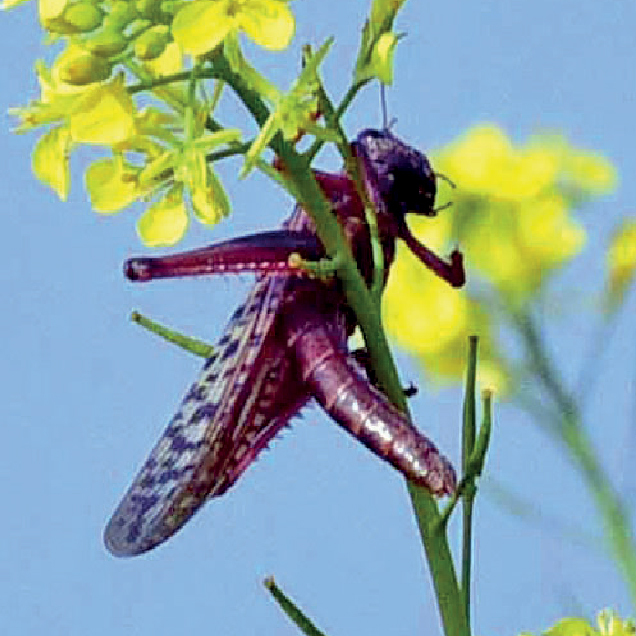 A locust feeding on Mustard flowers in Rajasthan

What are locusts?
Locusts are short-horned insects belonging to the same order as crickets and long-horned grasshoppers. Such insects can be easily identified by their large hind legs that enable them to jump. These insects are usually solitary, but under certain circumstances, they become abundant and gregarious. The last locust outbreak was in Rajasthan was reported in 1993 and had covered 3.1 lakh hectares. 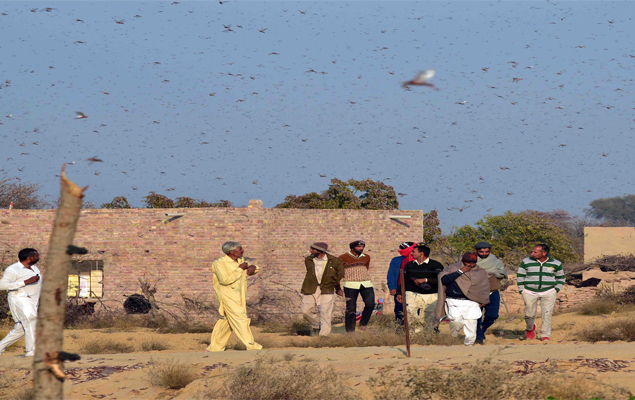 Farmers visit their farm as thousands of locusts attack their crop in Khanuwali and Ravla village in Sri Ganganagar district of Rajasthan, India 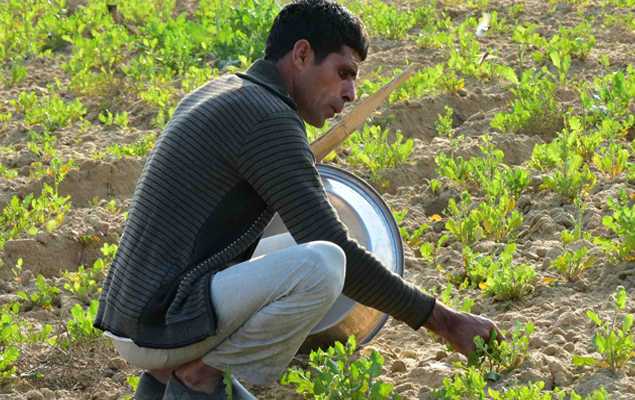 They’re in Bible, too

In the biblical book of Exodus, locusts are one of 10 plagues delivered upon Egypt after the pharaoh refused to free the enslaved Israelites.

How to fight them?

Traditional means of control are based on the use of insecticides from the ground or the air, but other methods using biological control are proving effective.