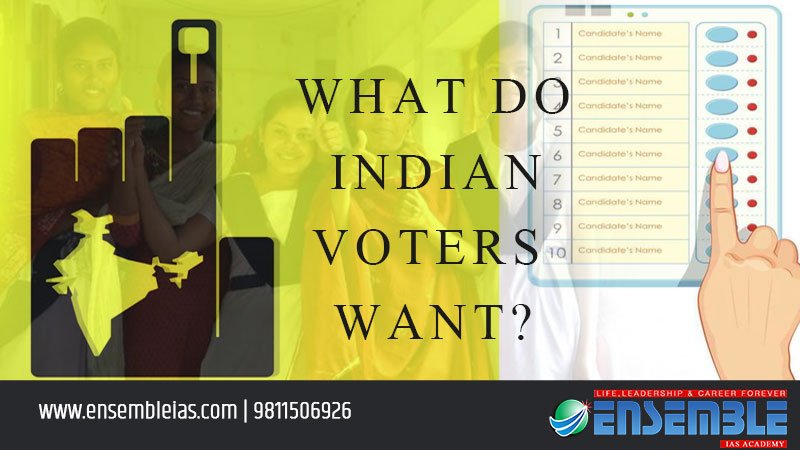 My seven years of conducting electoral surveys across India have given me a crystal clear answer — what matters is “delivery” of promises by the incumbent government. Election after election, this remains the single message from the voter.

Repeat governments are the best examples of this. Prime Minister Narendra Modi came back with a bigger mandate in 2019 because of his pro-poor schemes such as Ujjwal Yojana, Jan Dham accounts, Ayushman Bharat. Naveen Patnaik is the longest serving chief minister of Odisha, re-elected each time for his good governance. The 2020 Delhi assembly elections gave Arvind Kejriwal a third win, and a thumping majority for the second time because of his school reforms, mohalla clinics, free buses to women, among other steps — just eight months after the Aam Aadmi Party (AAP) lost all seven seats in Delhi in the general elections.

Most other factors play a very limited role in election outcomes. Yes, elections are being held against a backdrop of extreme polarisation. But I don’t believe it swings votes.

The Delhi assembly polls 2020 were held in the backdrop of sharp polarisation following the Citizenship (Amendment) Act protests and the Shahen Bagh sit-in. But people chose AAP. In the Bihar 2015 polls, the National Democratic Alliance (NDA) ran a highly polarized campaign but the Mahagathbandhan of Nitish Kumar-Lalu Prasad won. Voters continue to judge their representatives on the basis of how their lives have improved.

The rural and poor vote comprise 80% of the total electorate. Their expectations from their government are different from the urban and rich. They vote more than the urban and rich, as they are heavily dependent on the government for their livelihood. And they almost always throw their weight behind a trusted pro-poor candidate (or party) who will look after their basic needs.

Voters, in fact, sometimes tend to believe pro-poor promises and give parties a chance to deliver. Remember the Congress’s promise of loan waivers for farmers and new minimum support price rates that became the gamechanger ahead of the Chhattisgarh polls in December 2018 ? In the 2019 general polls, I believe that Congress mishandled its Nyuntam Aay Yojana (Nyay) plank — that could have been decisive, not their Rafale allegations.

Finally, Indian electoral patterns are changing because women voters have emerged as a crucial votebank. Successive governments have tried to empower this electorate through welfare schemes and with direct transfer to their accounts. Whenever I have called an election wrong — most recently in the Bihar 2020 assembly polls — it’s because we didn’t have the exact male-female voter turnout data. In the recent case of Bihar, overall female turnout was 5.13% more than men and they voted in favour of NDA.

These are broad-brushed observations. Of course, actual poll predictions are more complex. But these are the insights that have come up time and time again in our numerous conversations with voters.

Voters have also helped me see through some popular preconceptions. For instance, there is a belief that the attendance at rallies tells us which direction the wind is blowing. While the crowds at any rally point towards the strength of that political party’s organisation, it is no measure of that party’s poll prospects. In the Bihar assembly polls last year amidst the pandemic, Tejashwi Yadav managed to draw huge crowds despite the Covid-19 scare but that did not get him votes. It was the same for the NDA in Bihar in 2015 —NDA leaders drew crowds but Mahagathbandhan won.

The media peddles yet another myth that incumbent governments are judged on the state of the economy, which is essentially GDP growth and stock market. Nothing can be farther from the truth. Take Bihar again. The NDA won a narrow but clear victory in 2020 in an environment of economic gloom. Their pro-poor schemes such as prohibition and five kg food grains as ration turned out to be the determining factors.

Psephology remains a tricky science — a combination of psychology and sociology. Increasingly though, in India, it will become more rigorous and scientific. While I rely on my understanding of human psychology to get to the bottom of voter preferences, I feel there is absolutely no alternative to an exhaustive field survey, reaching out to the last voter on the ground.

We cannot afford, for example, the polling approach of phone calls as practised in the United States. Here, each state has different regional parties apart from the national parties, language is different, there are different caste equations at play and literacy levels differ. Hence, it is not possible to communicate with them over the phone.

Nor do we expect our respondents to tell us what is on their mind immediately. In a state such as Bengal that sees a great deal of violence, it is particularly tricky to get the subjects to speak openly. We have to spend a lot of time assuring our respondents that their answers will remain confidential, women surveyors are sent to talk to women voters as much as possible, and we also create incentive schemes such as lucky draws.

This is why psephology is so complex and so exhilarating — we need both rigour and empathy, to work with numbers and our gut. Even as poll work becomes more scientific, this will remain.