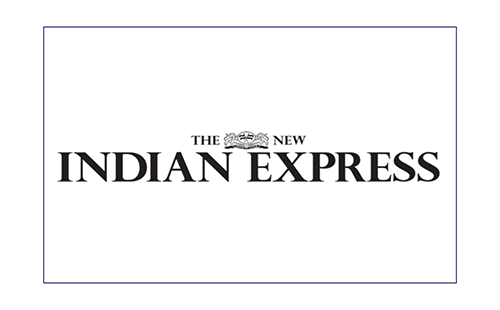 The latest report, on Ocean and Cryosphere, is the last in a series of three that the IPCC had been asked to produce to assess the impacts of climate change on specific themes. A new report on oceans by the Intergovernmental Panel on Climate Change (IPCC), released on Wednesday, has given further strength to growing demands for more aggressive climate action from world leaders, especially those representing the big emitters.

The report has come close on the heels of a special climate change ‘action’ summit organised by UN Secretary General António Guterres in New York at the beginning of the annual UN General Assembly session, and has added to mounting evidence calling for urgent action to reduce greenhouse gas emissions.

What are all these reports about?

The latest report, on Ocean and Cryosphere, is the last in a series of three that the IPCC had been asked to produce to assess the impacts of climate change on specific themes. The first of these, examining the feasibility of restricting global rise in temperatures to within 1.5°C from pre-industrial times, was submitted in October last year.

It was followed in August this year by a report on how land systems contribute to and are impacted by climate change.

In between, the Intergovernmental Science-Policy Platform on Biodiversity and Ecosystem Services (IPBES), a IPCC-like scientific body that examines scientific literature on biodiversity, came up with a first-of-its-kind report on the state of nature and how it was being affected by climate change.

There have been other reports as well. The World Meteorological Organization produced a report this month that said that the period 2015-19 was the warmest five-year period on record, and that July this year was the hottest month on record globally.

On May 11 this year, global concentration of carbon dioxide in the atmosphere was measured to have crossed the 415 parts per million (ppm) mark for the first time ever. This concentration varies from day to day, month to month and season to season, and has come down from that peak now.

What does all this mean?

There is already a lot of irrefutable scientific evidence to suggest that human activities have been altering climate in a way that would have disastrous consequences for the planet. But the action being taken by the countries have been assessed to be woefully inadequate. These new reports seek to underline the enormity of the problem, and the urgency required to deal with it.

At the same time, each of them emphasises that if proportionate action is initiated immediately, the most catastrophic impacts can still be avoided.

The IPCC special report on the 1.5°C goal, for example, said it was possible to keep the rise in temperature to within 1.5°C, but for that the world would need to bring down its greenhouse gas emissions to half of its 2010 levels by 2030, and to net zero by 2050. Net-zero is achieved when the total emissions is balanced by the amount of absorption of carbon dioxide through natural sinks like forests, or removal of carbon dioxide from the atmosphere through technological interventions.

Following this report, pressure has been building up on countries to commit to a net-zero target by 2050. Some countries have already announced their intention to achieve this target, but the most prominent emitters — China, US, India — have so far not done so.

The land report released in August said the various kinds of uses that land was being put to — forestry, agriculture, industries, urbanisation — had contributed about 5.2 billion tonnes of carbon dioxide every year between 2007 and 2016.

It also pointed out that the global food system, which would include activities such as agriculture, cattle-rearing, food processing industry, energy consumed in these processes, and transportation of food items, could account for as much as a third of all greenhouse gases. It said nearly 25 per cent of all food produced globally was either lost or wasted. And even the decomposition of waste food released emissions.

The new ocean report noted that the global mean sea level had risen by 16 cm between 1902 and 2015, and that the rate of increase had doubled in the last one decade. The sea levels were rising because of thermal expansion of ocean waters due to rising temperatures as well as due to melting of glaciers and polar ice.

Why so many reports now?

It is not unusual to see the conversation around climate change picking up during this time of the year, in the run-up to the annual two-week climate change conference that takes place in November or December. But there are also other reasons for the sudden rise in attention to the climate debate this year.

Last year’s IPCC report on 1.5°C mentioned that humanity had barely 12 years to keep alive the hopes of restricting global temperature rise to within 1.5°C from pre-industrial times. This was contingent not just on immediate aggressive action from countries, but also on development of technologies that could remove carbon dioxide from the atmosphere. This report has instilled a new sense of urgency in climate conversations.

Next year, 2020, happens to be the transition year for the international climate regime, from the Kyoto Protocol to the Paris Agreement. The Kyoto regime has been a major underachiever in reducing greenhouse gas emissions. The Paris Agreement, in so far as it makes it mandatory for every country to initiate actions and not just rich and developed nations as under the Kyoto Protocol, is expected to deliver much better results.

As required by the Paris Agreement, every country had already finalised and submitted a climate action plan, called Nationally Determined Contributions, or NDCs, in 2015. The NDCs currently submitted have targets or action plans for 2025 or 2030. The assessment of several NDCs has concluded that these actions were not adequate to achieve the global goal of keeping temperature rise within 2°C from pre-industrial times. But the NDCs have to be updated every five years, and the countries are scheduled to do it next year.

Those concerned about climate change are hoping that in the light of these reports, and growing fresh evidence, countries will show greater ambition when they update their NDCs next year. The Paris Agreement also provides for a review of all climate actions in 2023 to assess whether the individual actions of countries were adding up to what was required to achieve the goal. Countries can then decide what more needed to be done.

However, it is being argued now that 2023 might be too late for such an exercise. Therefore, a momentum is being built to nudge the countries to announce more ambitious actions before that. The move to get countries to commit to a net-zero target by 2050 is a part of these efforts.