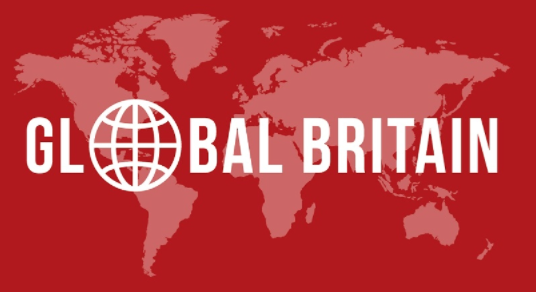 There are disturbing signals from both segments of British polity and civil society. India will need to assess the UK’s position carefully

One day, a group of members of the UK Parliament lobbies the government on the farmers’ agitation in India; the next day, a discussion is held in the House of Commons on the situation of minorities in India; then there is a debate among parliamentarians on the “political situation in Kashmir”.

In India, not many have connected the dots, dismissing them as trivial pursuits of distant politicians, primarily from the Opposition Labour Party, pandering to their constituents. Can there be more to this?

Enter Chatham House. The century-old institution is formally known as the Royal Institute of International Affairs. An independent policy institute, it draws the name from its location — an 18th-century building, which was occupied in the past by several British prime ministers. One of its three current Presidents is a former Prime Minister — John Major. Chatham House reports are a vital resource for leaders and influence policymakers in the UK government, the private sector and civil society. A recent offering, Global Britain, Global Broker, authored by long-time director and chief executive, Robin Niblett, offers a plethora of recommendations about the UK’s future global role.

Primarily, the report advises that the UK, instead of trying to reincarnate as a “miniature great power”, should style itself as a “broker of solutions to global challenges”. It lists six such global issues to focus on — “protecting liberal democracy; promoting international peace and security; tackling climate change; enabling greater global health resilience; championing global tax transparency and equitable economic growth; and defending cyberspace”. It suggests more investments in diplomacy, leveraging of soft power, financial strength and membership of the world’s multilateral organizations to make this transition by 2030.

However, from an Indian perspective, of considerably more interest is what the report suggests the UK should do and not do as it strives towards change. India, which describes ties with the UK as a “strategic partnership”, is portrayed as a “rival” or “at best, an awkward counterpart” on par with Russia, Turkey and Saudi Arabia. While the UK’s Prime Minister Boris Johnson has invited India to the G7 Summit in June, the report weighs in against Johnson’s idea of enlarging the G7 into a “Democratic 10” or D10 comprising the G7 nations plus Australia, India and South Korea.

Even as recently declassified documents reveal US keenness to support India’s rise, the Chatham House report argues that “including India in a D10 at this time could make building any meaningful consensus on policy or joint actions that much harder.” Going further, the report projects that the D10 can end up “functioning as a D9, at some point in the future,” alluding that India may suffer the same fate as Russia when G8 reverted to being G7.

The report lists “two recent UK humiliations at the UN – its failure to win a seat on the International Court of Justice in the election of judges in 2017, and defeat in a vote over the fate of the Chagos Islands in May 2019 ” as warnings of a future where Britain could find itself squeezed to the margins of international negotiations or picked on by groups of states as a way of sending messages to others. Left unsaid is that India played a role in both cases.

Rarely has a report from an “establishment” institution in the UK portrayed India in such inimical terms, viewing it primarily as a market. Of the six global goals that the report lists, the UK and India are projected as partners only in peace and security. That too is a surprise, given that the report places India among countries that “readily participate in or attend the Shanghai Cooperation Organization, a grouping of states led by Beijing and Moscow designed to resist the penetration of Western interests” and lists factors that limit India’s capacity “to undertake a proactive foreign policy on the global issues that matter most to the UK”. The report also charts India’s approach to issues such as the climate crisis, global health and cybersecurity as not in congruence with “Global Britain’s” interests.
Read More : The disengagement
Will what the Chatham House report portends be reflected in policy? Or is it a case of civil society and the UK government not being in tune with each other? What about the blind eye the British establishment turns to the activities of the Khalistan is and the interminable delay in the extradition of Vijay Mallya? Johnson’s inability to participate as the chief guest at our Republic Day also means we will be denied clarity on what accounts for the discordant signalling about India from so many sections of British society. However, we need not wait for long.

Now that we are forewarned, we can look towards both the G7 Summit and the key climate meeting of Conference of the Parties 26 that the UK hosts in 2021. Besides, Johnson intends to visit India before that. These engagements will provide ample opportunities for India to assess how honest a broker “Global Britain” will be.