Tapi river It is one of the major rivers of peninsular India with the length of around 724 km; it runs from east to west. Tapi river rises near Multai in the Betul district of Madhya Pradesh at an elevation of about 752 m and flows for about 724 km before out falling into the Arabian Sea through the Gulf of Khambhat.

Tapi rises in the Betul district of Madhya Pradesh and flows westwards more or less parallel to the Narmada.  It is however much smaller than the Narmada. 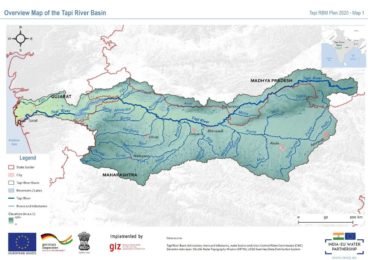 The Tapi is a river of central India. It is one of the major rivers of peninsular India with the length of around 724 km, and only the Tapi River along with the Narmada river, and the Mahi River run from east to west. It rises in the eastern Satpura Range of southern Madhya Pradesh state, and flows westward, draining Madhya Pradesh’s historic Nimar region, Maharashtra’s historic Khandesh and east Vidarbha regions in the northwest corner of the Deccan Plateau and South Gujarat before emptying into the Gulf of Cambay of the Arabian Sea, in the State of Gujarat. The Western Ghats or Sahyadri range starts south of the Tapti River near the border of Gujarat and Maharashtra. 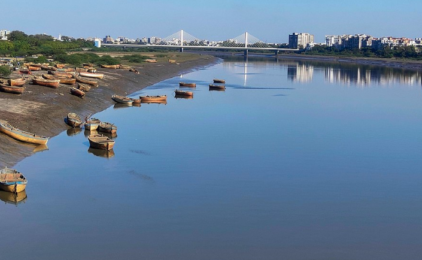